Natural is still best to de-stress your tress 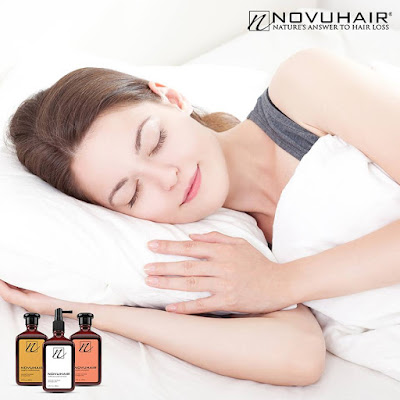 Striking a life balance is no easy task to do. It requires hard work and dedication which sometimes can be strenuous to achieve. Can you imagine how overtaxing it is to juggle between your career andproviding for your loved ones?

Studies have shown that stress is commonly caused by interrelationships, such as having to deal with work issues and family-related complications. If left unresolved over time, it could lead to immune deficiency, which later on, might cause other parts of our body to show signs of disruption like hair loss.

Many of us could attest to that. It’s like always autumnal equinox whenever we experience chronic hair fall, most especially at the prime of stress. At its peak, our white blood cells attack no less than the follicles, thus causing alopecia. What’s more, anxiety could drive your mane into a prolonged resting phase, which is called telogen effluvium.

Stress experienced by the body or beyond our coping resources could trigger hair loss symptoms, which, if not addressed properly, could result to early baldness. Worried about this? Fret no more. You can beat it simply by relaxing, eating or flexing some muscles.

Never underestimate the power of sleep. If you feel that you are over your head in dealing with anxieties, choose to rest it off for a while and recharge.

Let’s get physical to de-stress. It helps release endorphins, or what is known as the happy hormones, that can be beneficial in relieving the tension.

How about rewarding yourself? Watch the timeless story of Tony and Maria and their fateful love affair asthe electrifying classic WEST SIDE STORY musical premieres at The Theatre at Solaireon August 10. Read more onhttp://www.novuhair.com/2017/07/novuhair-natures-answer-to-hair-loss-supports-west-side-story-musical-at-the-theatre-solaire/ 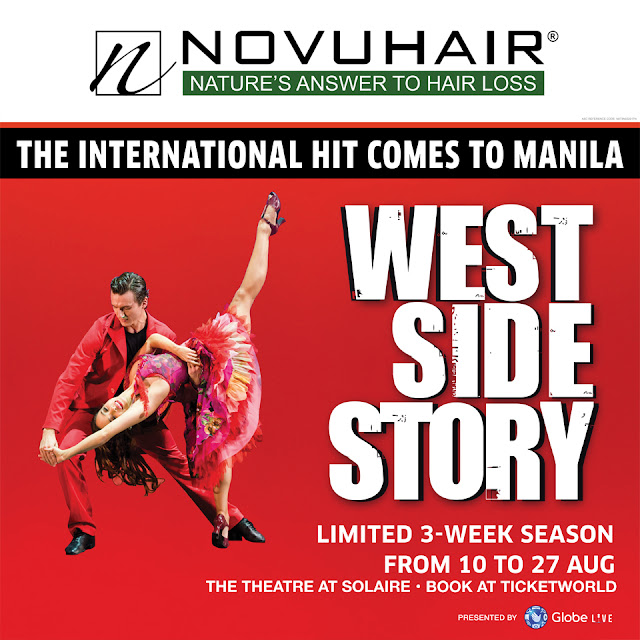 Eat more fruits and veggies. Having these as a staple in your diet will bolster your immunity from disease, which in turn, knock out stress. We can all benefit from the vitamins and minerals of the healthy food we consume.

It’s best to complement these simple regimens with a topical solution that’s safe to keep your crowning glory at its robust state. NOVUHAIR, nature's answer to hair loss, is made up of 19 natural ingredients that work in synergy to help remedy stress-related hair loss and promote healthy tress and scalp.

The challenge in preventing these mane problems is to keep your locks healthy with proper care and let it grow naturally sans subjecting your hair to temporary relief with the use of harmful chemicals. Go natural.

NOVUHAIR contains natural extracts, herbal oils and essences, such as lavender that is also known to relieve stress. It also has a scent that leaves a calming effect.

NOVUHAIR is available at Mercury Drug and other leading drugstores nationwide. For more information visitwww.novuhair.com, like the brand’s official Facebook Page, Novuhair Official, and follow on Twitter at @NovuhairNatural. You may also call NOVUHAIR hotlines at 4136570 and 09228830575 and order online throughlazada.com.ph and regaloservice.com.
Ipinaskil ni Pilipinas online sa 11:07 PM Walang komento: 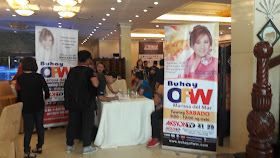 A media launch was held last July 18, 2017 at Golden Bay Restaurant, Pasay City to launch the oath taking event that will happen on October. As multi-awarded public service show, Buhay OFW which airs every Saturday at 9:30 pm on Aksyon TV and Aksyon International, celebrates its 7th year anniversary, they take a significant leap forward by launching the project Anti Trafficking OFW Movement (ATOM) through the initiative of host and founder, Marissa del Mar. 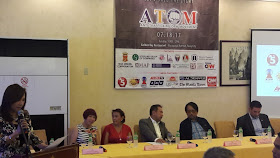 ATOM is as a step towards remedying the statistics of over 10 million Filipino men, women, and children subjected to sex trafficking and forced labor worldwide. Our OFW, in dire need to provide a better future for themselves and their families, constitute a large percentage of those already exploited or at risk of being exploited. This campaign recognizes the contribution of the OFW not only in the Philippine Economic Development but also in the promotion of safety among their fellow migrants.

Although a term less estranged to many due to depictions in entertainment outlets such as Hollywood movies, human-trafficking is an ongoing hazard closer to home than most people expect and realize. UNDOC (United Nations Office on Drugs and Crime) recognizes trafficking in as simple a situation as the recruitment of a person for a false job within or across national borders with the intention to trap them into forced labor. More often, however, the deception and abuse does not stop there. It leads to prostitution, sexual exploitation, slavery, and removal of organs.

These victims – a large number of whom originate from areas within Metro Manila and in the provinces of Laguna, Rizal, Pampanga, Cavite, Batangas, Cebu, Zamboanga, and Davao – are the same people who contribute to the Philippines 180 billion pesos in total remittance which lead to the amassing of foreign reserves and the rise of the national savings rate. They sacrifice their comfort, health, marriages, children, and often their pride, to improve their recipient households and, in the process, the national economy. These are the people stripped of their human rights by predators operating under pretense of recruitment agencies and other aliases. 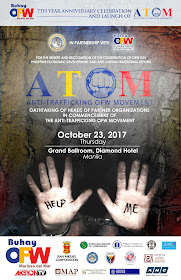 Cooperation with these organizations and authorities could uncover and convict more labor traffickers and officials and establishments complicit in these crimes. The resulting assistance of thousands of victims opens opportunities for further action towards the safety of all.

ATOM challenges Filipinos here and abroad to raise awareness, strengthen camaraderie, and therefore reduce – in hopes of someday eliminating – this threat to our OFW altogether. 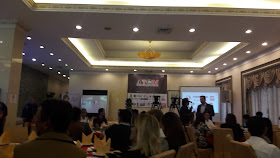 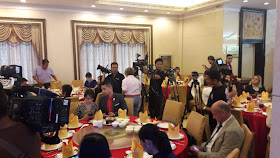 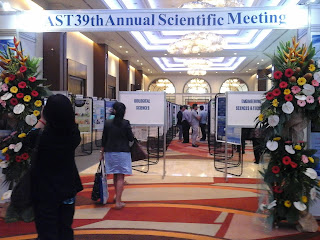 The National Academy of Science and Technolog, Philippines, the highest recognition and advisory body to the government and science community in matters related to science and technology has adopted the Sustainable Development  SDGs, with focus on SGD No. 14 or life below water, to be its overcharging theme for the 39th Annual Scientific Meeting(ASM) on July 12-13, 2017 at the Manila Hotel.

Department of Science and Technology   DOST Secretary Fortunato T. de la Pena will be the keynote Speaker and the guest of honor of this activity.

Generated resolutions from the discussion will be presented to concerned agencies. 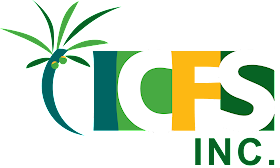 Island Cove Hotel and Leisure Park is known to be the most sought resort in the province of Cavite. The company has provided leisure, relaxation and amazing dining experience to the  Filipinos in the past 20 years. As the company grows, new business developments are realized.

Island Cove has seen the potential of sharing its expertise in the field of Hospitality Management to individuals who wish to polish their craft. Because of this, the company has decided to open its first learning institution - the International Skills Learning Academy or ISLA. ISLA offers TESDA courses (such as Housekeeping) and lifestyle courses such as Kiddie Cooking Class, Baking Class and Events Management. ISLA also offers FoodSHAP Food Safety courses. Completers of the course will be accredited as licensed food handlers by the Department of Health.

Island Cove is also very much excited to address the laundry service needs of the nearby hotels and accommodations as it offers its own Laundry Service. The Island Cove Laundry Service offers state of the art industrial sized washers, ironers and dryers that are managed by experts in the field of Housekeeping and Laundry Service. 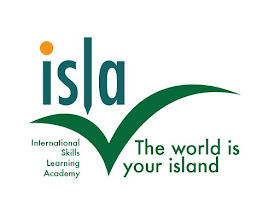