Dubrovnik, Croatia, October 25, 2018 - The city Dubrovnik in Croatia hosted a highly successful gathering of 500 transport stakeholders on October 22-24 to deepen the understanding of regional mobility challenges and achieve consensus on key policy, investment, and planning measures.
Held at the invitation of key representative organizations, the Conference was formally opened by H.E Oleg Butković, Minister of the Sea, Transport & Infrastructure, Republic of Croatia in the presence of ministers of transport and senior road agency executives from Montenegro, Bosnia-Herzegovina, Albania, Bulgaria and Serbia.
"Croatia is an important gateway to Europe" noted Mr. Josip Skoric, CEO of Hrvatske Ceste and President of Via Vita. "We connect two shores of the Adriatic Sea and represent the deepest cut of the Mediterranean into the European continent. Croatia was therefore ideally located to host discussions between the region's experts of the road and traffic sector".
"Significant challenges remain to improve the safety, efficiency, ecological sustainability of our road network" according to Tomislav Josip Mlinarić, Dean of the Faculty of Transport & Traffic Sciences, University of Zagreb. "And these are exactly the topics which our Faculty has successfully investigated through our world-class research facilities".
Against a backdrop of significant connectivity investments across South East Europe, the Conference featured 20 cross-sector panels on topics ranging from resilient infrastructure design to effective road traffic safety policies all designed to ensure the value of roads to society is maximized.
"With 2 years remaining under the UN Decade of Action for Road Safety, the devastating social and economic impacts of this epidemic can no longer be ignored" Rik Nuyttens, President of the European Union Road Federation (ERF) underscored. "It truly is time for results. The region has an important opportunity and responsibility to examine ways to prevent what has become a global public health crisis".
"The European Road Conference achieved another of its key objectives to look at how innovation is being leveraged to deliver smart, energy-efficient and resilient highways." noted IRF Chairman Eng. Abdullah Al-Mogbel. "Conferences such as this one will help us deploy a new generation of roads that assist the transition to autonomous mobility and environmental sustainability".
Ipinaskil ni Pilipinas online sa 10:55 PM Walang komento: 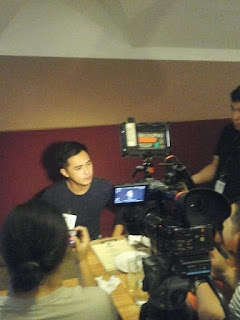 It's been said that there are two ways you can go with pain. You can let it destroy you or you can use it as fuel to drive you. Actor, singer and TV host Marlo Mortel has been through a lot in the last couple of years, but instead of letting his pain destroy him, he used it to fuel his dreams. 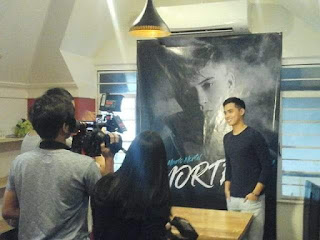 On October 26, Marlo will stage ImMORTELized, his first major solo concert at the Music Museum. The last time he performed there, he did so with Bryan Santos, Joseph Marco, and Michael Pangilinan - the other members of the boy band Harana.
As part of the group, Marlo had hit singles and a sold-out concert. Now that he's finally striking out on his own, he hopes his first solo outing on the local concert scene will draw as big a crowd as Harana's show did. Not only is he eager to show people the full range of his talents, but he also wants to make his family proud. 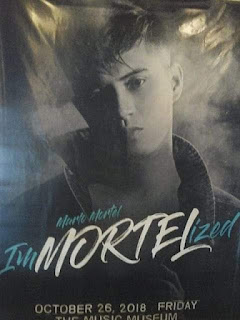 It's no secret that Marlo and his family have been through a lot in the last year or so. His beloved mother Merlie Pamintuan succumbed to breast cancer last August 24. Marlo and his mother were very close, and her passing hit him and the rest of their family very hard.
But to his credit, Marlo is holding up well under the circumstances. He could have let pain overwhelm him, but he didn't. Instead, he found a way to use his grief to spur himself on to greater heights. 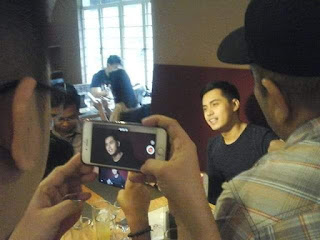 He has been working harder than ever to support his family. Aside from hosting a segment on Umagang Kay Ganda, he has also been working on movies as well as recording material for his debut solo album. Earlier this year, he released "I Pray," which he dedicated to his late mother. Last month, Marlo dropped the track "Sana Ikaw Na Nga." A music video for it recently premiered on MYX and YouTube. 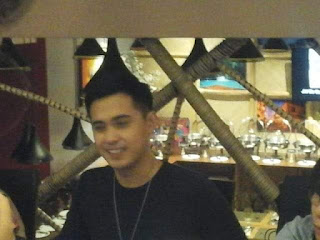 Both songs will be among those Marlo will perform during the show. It will be directed by Marvin Caldito, with musical direction by Adonis Tabanda. Elisse Joson, John Roa, LA Santos, and Sue Ramirez are slated to guest. ImMORTELized is sponsored by the Calayan Surgicentre and Megasoft. 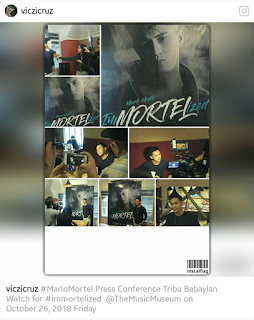 Marlo's mother may have passed on, but she's surely looking down on her son with pride as he makes his debut as the OPM concert scene's newest solo star.
Ipinaskil ni Pilipinas online sa 1:43 AM Walang komento: 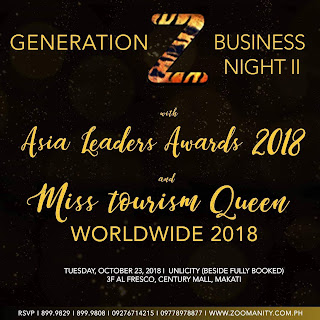 On October 23, 2018 at UnliCity, Century City Mall in Makati from 5PM onwards, the 2nd Business Night courtesy of Zoomanity Group will be held headed by the company CEO, Robert Laurel Yupangco.

Invited companies includes WechatPay, Asmaros Global, Tag Media Group and Task Us among others. These companies will present their new and upcoming projects. Coming also are the finalists under Miss Tourism Queen Worldwide where Zoomanity Group is one of the partners.

Zoomanity Group will also present all the candidates from Miss Tourism Queen Worldwide and to invite everyone to support the “Asia Leaders Awards 2018” with an objective in promoting the Philippines as the premier business hub in Asia and make it as the travel destination. The awards is to acknowledge these leaders who are making a difference in the Philippines and beyond.

The Generation Z Business Night 2 aims to give awareness and to promote the SMEs. It’s always well covered by the media.

The Garage - a VR Zone and Food Park 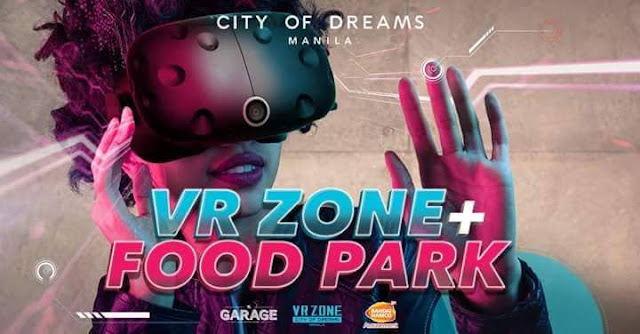 City of Dreams Manila is changing the landscape of entertainment and dining as it unveils The Garage – a VR Zone and food park that enables guests to delve into the immersive experience of virtual reality entertainment and delight in great food from the carefully curated selection of food and beverage trucks and trailers.

Set in a 2,714-square meter cool and comfortable space located at the upper ground floor, The Garage stands out with its modern industrial interiors catering to a 563-seating capacity. Designed by award-winning Paris-based creative design agency, Malherbe Design, The Garage is further given life and vibrancy with graffiti works of some of the prominent names in the street art scene: Kookoo Ramos and DeeJae Paeste. 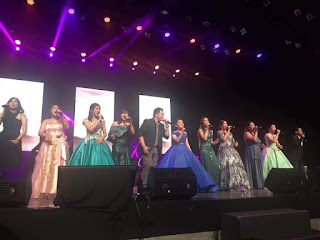 The founder of Aliw Awards Foundation Inc, Ms. Alice Hernandez Reyes proved that a combination of the talented young artists and the legend performers are a crowd goer. Celebrated, last October 4, 2018, the 40th Year Anniversary of Aliw Awards Foundation shared their advocacy with a concert like no other. The “Aliw@40 Concert” at Aliw Theater with more than 25 performers made the celebration grand and with the help of two, young and award winning directors; Frank Lloyd Mamaril (Concert Director) and Adonis Tabanda (Musical Director) who were personally hand picked by the Concert Producer, Engr. Grace Bondad Nicolas of Tag Media Group. 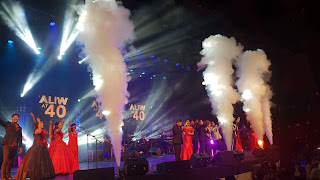 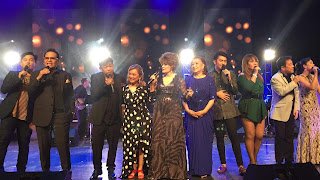 The crowd joined the performers in singing and some are even dancing. One of the highlights was when Rico J. Puno invited his eldest daughter, Tosca Puno to join him in a duet. Tosca also launched her first album in a media launch before the start of the program. Another very inspiring duet was with Pilita Corales and LA Santos who sang “Sa Ugoy ng Dugan.” 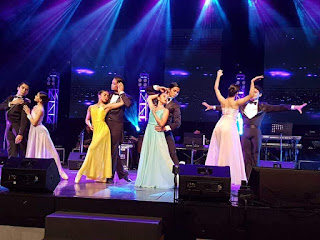 Produced by Tag Media Group headed by Engr. Grace Bondad Nicolas and Co presented by Ballet Manila, Manila Broadcasting Company and Star City under Liza Macuja Elizalde, the event is a fundraising event for Aliw Awards Foundation to help entertainers who are in need. The Aliw Awards Foundation also was created to give due recognition to entertainers who perform live in the Philippines and abroad. 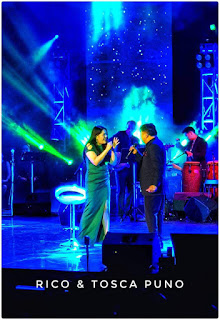