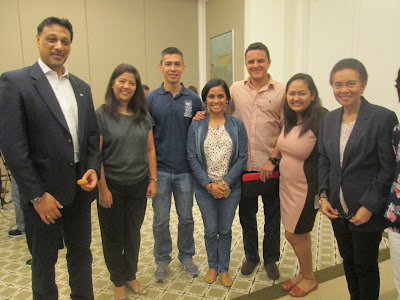 The Philippines is one of 17 mega diverse countries, harboring more diversity of life per hectare than any other country in the world. Yet encroachment in forested areas, pollution, over fishing, poor land management practices, are leading to biodiversity loss at an alarming rate.

To address these threats, the Department of Environment and Natural Resources-Biodiversity Management Bureau (BMB) with support from the United Nations Development Programme (UNDP), other national government agencies, academe, civil society and development partners, has developed the Philippines Biodiversity Strategy and Action Plan (PBSAP). The PBSAP is the country’s road map in conserving biodiversity and critical ecosystem services for the next 13 years.

Similarly, through the UNDP’s Biodiversity Financing Initiative (BioFin), the DENR-BMB has  determined the financing gap of implementing the PBSAP, estimated to be at least Php 334 billion (US$7.4 billion) over the next 13 years [PhP24 billion annually]. This covers actions on: forest, coastal and marine, inland wetlands, caves and cave systems, protected areas, invasive alien species, agrobiodiversity, access and benefit-sharing and urban biodiversity.

“This may sound like a huge impost on the budget but it really is not.  It should be seen as an investment in conservation and also as an economic investment with significant financial returns to the country.  It is an investment that needs to be made by both government and the private sector.  This could see a minimum return of $10 billion per year from fisheries, eco-tourism and pharmaceuticals derived from genetic resources” UNDP Philippines Country Director Titon Mitra said.

The results of the study were presented today by UNDP and BMB in a press briefing attended by Mr. Guillermo Zuñiga, Former Minister of Finance, Republic of Costa Rica, now UNDP Bio Fin Team Leader in Costa Rica, and representatives from the Philippines Department of Finance, Department of Environment and Natural Resources, and the National Economic and Development Authority.

BioFin is a global partnership seeking to address the biodiversity finance challenge in a comprehensive manner through building a sound business case for increased investment in the management of ecosystems and biodiversity. The Philippines is one of 29 countries involved in the initiative.
Ipinaskil ni Pilipinas online sa 10:33 PM