DAMIEN on Jack TV this Marc 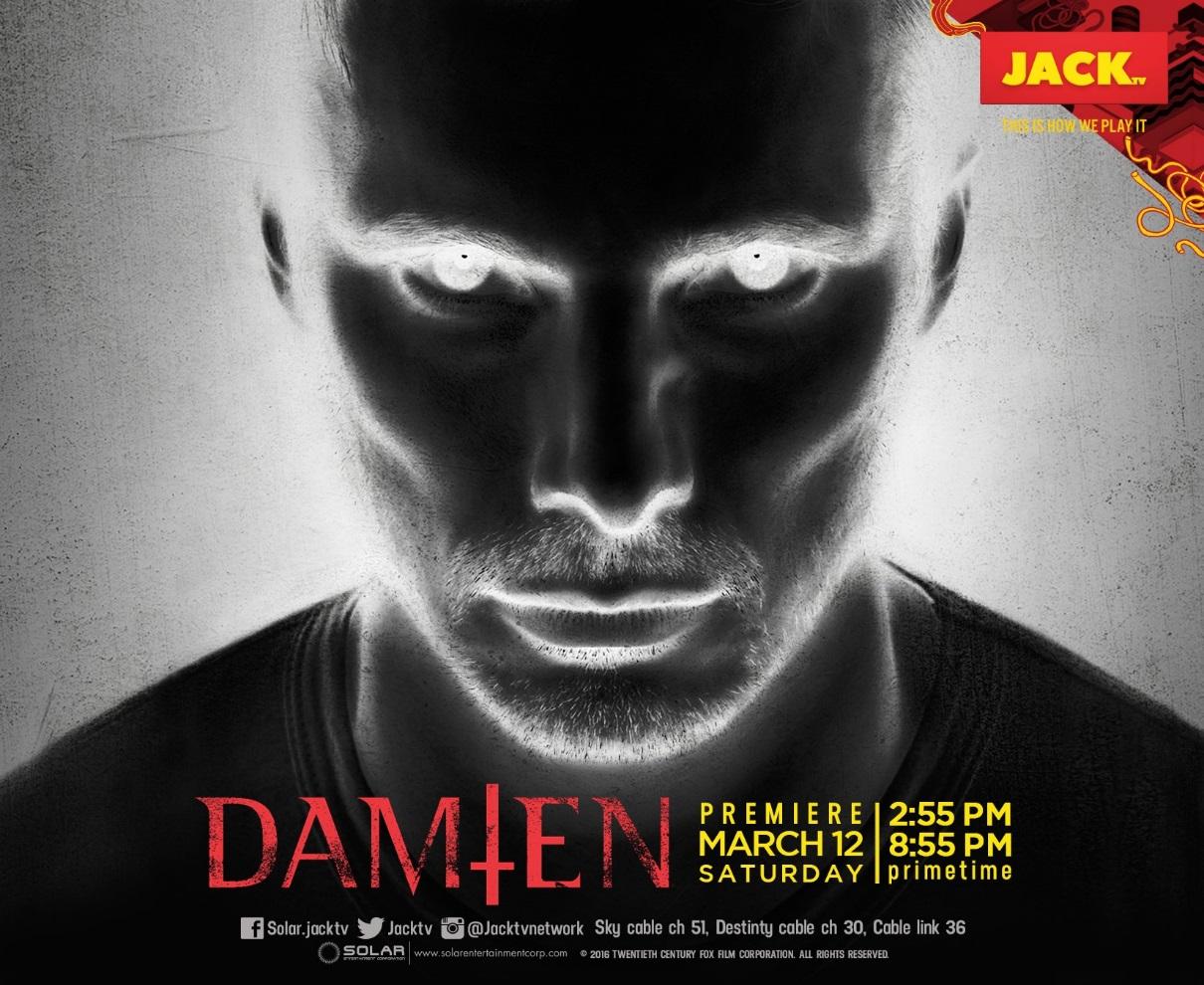 n the pilot episode of Damien on Jack TV last week, acclaimed war photographer Damien Thorn (Bradley James) is forced to confront his past and face the fact that he is the Antichrist after experiencing a traumatic event while on assignment in Syria. The plot thickens on its next episode tomorrow as Damien becomes the target of several conspiracies and a mysterious benefactor intercedes.


Damien, from executive producer Glen Mazzara (The Walking Dead, The Shield), is a continuation of the classic horror film, The Omen. The series follows the mysterious child from the 1976 motion picture who has grown up seemingly unaware of the satanic forces around him. The series also stars Oscar® nominee Barbara Hershey (Once Upon a Time), Scott Wilson (The Walking Dead), Omid Abtahi (Better Call Saul) and Megalyn E.K. (House of Lies).


Watch Damien every Saturday, 2:55 PM via satellite and primetime at 8:55 PM on Jack TV.