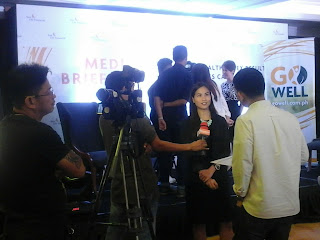 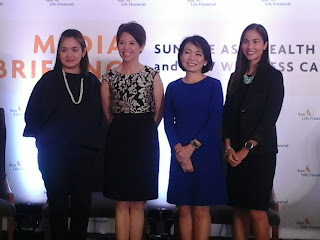 The Philippines tops the list of countries in Asia where people don't exercise regularly, according to this year's Sun Life Financial Asia Health Index.

The Philippines tied with Thailand and Malaysia on the list, with 61% of the population in each of the three countries not engaging in any regular physical activity. Asked to identify the barriers to living a healthier life, 57% of Filipinos blamed it on their lack  of time due to work, 47% admitted that it is due to " lack of personal motivation, " while 47% also identified "distractions of modern life ". Other key barriers named were cost  ( 45% ) and the lack of accessible venues to engage in sports and recreation ( 36% ). 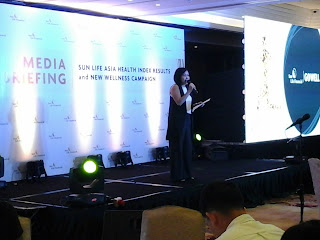 But there is hope. The Asia Health Index also showed that Filipinos are still very positive about the state of their health. In fact, the Philippines scored the highest of all the markets surveyed on the overall Health Index, garnering a score of 89. Respondents from the Philippines were the most positive in Asia about their emotional health, wherein they were the most likely in the region to say that their emotional health is " good or extremely good "; and was second most positive in the region ( behind Indonesia ) when it comes to their physical health.

"With all the things that demand our time and attention, it's usually our health that suffers because it's relegated to the least of our priorities. However,this should not be the case," Sun Life President and CEO Riza Mantaring said. " This is why we at Sun Life have been boosting our suite of wellness products and mounting events that would help Filipinos to pursue their health goals.""SUN LIFE remains committed to helping Filipinos face a brighter tomorrow by being in the best of health," Mantaring said. " The results of the Asia Health Index reiterate the need to promote a healthier lifestyle, and SUN LIFE wants to be the Filipinos' partner in pursuing this journey." 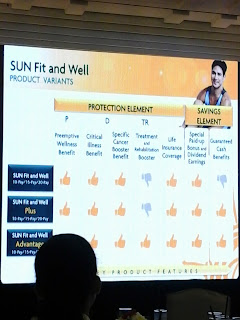 The SUN LIFE Financial Asia Health Index is a periodic study of health trends in Asia that was launched in 2014. The research is based on the findings of an Ipsos survey conducted in August 2016. A sample of just under 4,000 Asians from 25 to 60 years of age and with middle class incomes was interviewed online from Mainland China, Hong kong, India, Indonesia, Malaysia, the Philippines, Singapore, Thailand, and Vietnam. The survey questioned respondents on their attitudes towards healthy and active living, their health concerns for the future and expectations on access to healthcare.

SUN LIFE FINANCIAL is a leading International financial services organization providing a diverse range of protection and wealth products and services to individuals and corporate customers. SUN LIFE FINANCIAL and it's partners have operations in a number of markets worldwide, including Canada, the United States, the United Kingdom, Ireland, Hong Kong, the Philippines, Japan, Indonesia, India, China, Australia, Singapore, Vietnam, Malaysia and Bermuda. As of September 30, 2016, the SUN LIFE FINANCIAL group of companies had total assets under management of CAD $908 Billion.
Ipinaskil ni Pilipinas online sa 12:55 AM