The 6th Philippine Electric Vehicle Summit Gets Under Way 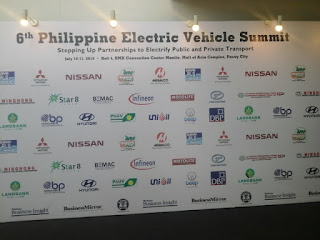 “Our two-day event is all about building partnerships, aligning objectives, and taking collective action to facilitate further adoption of electric vehicles in the country,” Electric Vehicle Association of the Philippines (EVAP) President and spokesperson Rommel T. Juan said.

“Are EVs finally taking off? Without a doubt! According to the latest report of global consulting firm Frost & Sullivan, global electric car sales totaled 1 million for the first time in 2017--reaching 1.2 million units--with battery electric vehicles making up the majority of sales.  In 2018, global electric car sales will reach 1.6 million units, and the number of public charging stations will reach 100,000. There are now 3.3 million electric cars in use around the world. China and Europe together make up about 75% of the global EV market,” Mr. Juan said.

EVAP President Juan said that in the Philippines, he sees a continuing momentum for EV sales driven by the many ongoing public and private initiatives. 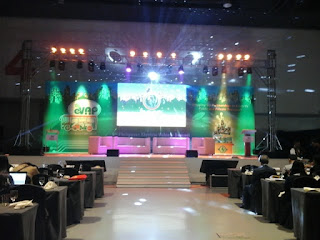 Mr. Juan expressed optimism that the recently enacted Tax Reform for Acceleration and Inclusion (TRAIN) Law exempting electric vehicles from the excise tax, due in part to EV stakeholders’ representation with Congress, would pave the way for more affordable EV models and increased investments in supporting infrastructure which will help sustain the momentum for electric mobility.

“In support of this Program, the Department of Trade and Industry (DTI) and the Board of Investments (BOI) are putting in place an Eco-PUV Program to provide the vehicle solution to the PUVMP by giving incentives to both EV platform suppliers and body builders. Landbank and Development Bank of the Philippines (DBP) now have loans available for the modern PUV. The Technical Education and Skills Development Authority (TESDA) is working on a technical regulation that would allow it to offer EV maintenance, servicing and repairs in all TESDA learning centers nationwide which will help facilitate EV sales outside of Metro Manila,” Mr. Juan added.

Juan mentioned that the Bureau of Philippine Standards (BPS) is busy formulating the standards that would cover the modern PUV powered by either Euro 4 internal combustion engines or electric motors. The standards for Modern PUV Class 2 and 3 have been approved while in the works are those for Class 1 and 4. Some 50 standards will also be crafted for the specifications, performance and testing of EV parts and components. 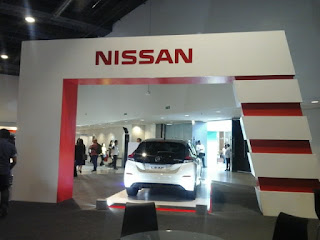 “In the private sector front, Nissan Philippines, Inc., Mitsubishi Motors Philippines Corporation, Hyundai, BYD and Minghong Vehicles are bringing in their electric cars and SUVs.  Star 8 has been very busy selling electric jeepneys to the LGUs nationwide while BEMAC continues to promote its electric tricycles and Softbank EVs. QEV Inc. now has an EV powertrain for the modern PUJ while Unioil and CharIn
are bringing in battery charging technology. DOE, Meralco, QEV and Unioil have been busy setting up the most important EV infrastructure in place, battery charging and swapping stations in strategic locations. Beep has its automated fare collection system while Infineon Technology has the modern gadgets available,” Mr. Juan said. 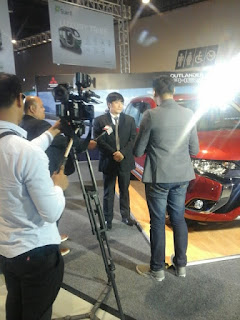 For his part, MERALCO Vice President Raymond Ravelo also pointed to positive developments which transpired since the Philippines’ hosting of the pioneering ASEAN Electric and Hybrid Vehicles Summit.
“In addition, not a few local government units (LGUs) are crafting their own transport modernization programs — including EV charging pods, cashless payment options, GPS systems, among others — in efforts to secure electric tricycles from the DOE.  Even Clark Development Corporation (CDC) is developing a master plan that incorporates sustainable mobility within and outside its environment-friendly community”, Mr. Ravelo said. 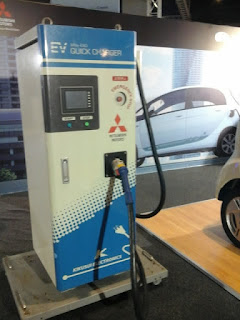 “On the charging infrastructure front, the Department of Energy and Natural Resources (DENR) as well as the Department of Trade and Industry (DTI) have inaugurated fast charging stations in their offices in Quezon City, Makati, and Davao, in partnership with Mitsubishi Motors Corporation.  As well, Unioil Philippines launched and opened two charging stations in their EDSA-Guadalupe and Congressional Avenue locations, thereby paving the way for more petrol stations to co-locate EV chargers alongside regular fuel pumps. Finally, there are numerous other private sector initiatives focused either on launching their EV programs or expanding “green fleets” within the next few months”, added Mr. Ravelo.
“Through all these, Meralco showed its commitment and full support for the industry. 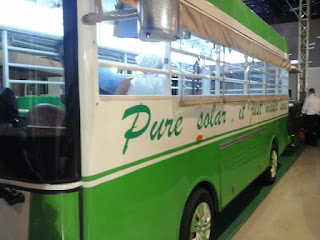 We fulfilled our role in energizing and providing the electrical infrastructure and transformer upgrades needed by the EV fast charging stations, while also extending our charging station installation expertise. We are moving ahead on discussions with potential partners on vehicle-to-grid (V2G) technologies.  This is the next game changer for the EV and electric industry as a whole as it will assist in the economics of owning an electric vehicle, while at the same time
providing a steadying effect to the supply and power quality of the distribution grid,” Mr. Ravelo said.

This year’s Electric Vehicle Summit will feature the following:

EV Technology presentation by Nissan and Mitsubishi showcasing their commitment to delivering smarter, safer, sustainable mobility solutions for the future;
Discussion by Frost & Sullivan on the current status and future of e-mobility in the Philippines with a broad spectrum of policymakers and industry stakeholders as panel discussants;
Information exchange from leading EV organizations in Asia on their most recent learnings on EV and EVSE deployments in their jurisdictions; 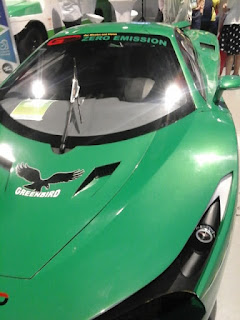 Soft launch by the Department of Transportation (DOTr) of their project entitled, “Promotion of Low Carbon Urban Transport Systems in the Philippines”, the objective of which is to create an enabling environment for the commercialization of low carbon urban transport systems, i.e. electric vehicles in the Philippines;
Updates on the DOTr’s Public Utility Vehicle Modernization Program covering fiscal support to PUV Manufacturers and financing programs for PUV operators, PUVMP standards development; route rationalization as well as presentation of PUVMP prototypes for the benefit of the transport corporations and cooperatives;

Free exhibit featuring the latest in electric vehicles and supporting infrastructure that are currently sweeping the ASEAN market; and
Raffle of electric bicycles at the end of every session day
Ipinaskil ni Pilipinas online sa 12:29 AM