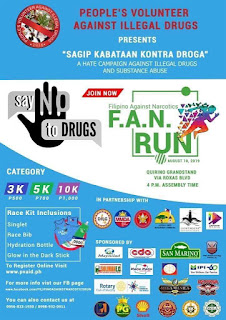 The People's Volunteer Against Illegal Drugs (PVAID) is a civil society organization that responses to the government anti-drug strategic three (3) pronged approaches to emancipate the country from the evil effects of illegal drugs and substance abuse.

PVAID started and was founded in 2016 by a group of anti-drug crusaders advocating drug awareness and capacity building. They used their own resources to uphold the real fight against illegal drugs that ruin the lives of every Filipino in all walks of life. The outcry in their heart to stop the use of illegal drugs and substance abuse had been so strong knowing the menace of these drugs and substances.

In carrying out its vision, PVAID conducts people empowerment activities through preventive education and values formation in every sector of the country in order to create awareness about the drug menace and its adverse effects to society.
These Anti-drug Crusaders are committed to promote the vision that will change the Philippines as a drug resistant and drug-free society through an empowered citizenry.

The activity is called Filipino Against Narcotics Run (F.A.N. Run) with the theme, "Sagip Kabataan Kontra Droga". The objective of the run is to help and support the anti-drug campaign of the government and to heighten social awareness about illegal drugs.

The run starts from Quirino Grandstand along Roxas Boulevard covering the distances of 3km, 5km and 10km. 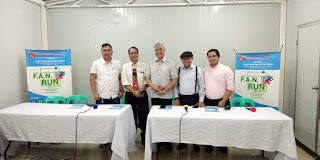