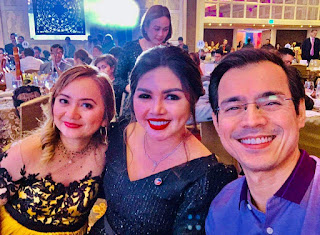 
Just recently at Tanghalang Pasigueño, Pasig the award winning entrepreneur Ms. Ghie Pangilinan of Skin Magical was recognised as Most Influential Entrepreneur of the Year under the 14th Gawad Pilipino Awards.

According to Engr. Grace Bondad Nicolas, President of Asia Leaders Awards, “Ghie is one young entrepreneur who keeps on showing grit and is adaptable to change with a focus on helping the community by empowering the women entrepreneurs through her award winning company, Skin Magical. She’s also a philanthropist having donated funds to different organisations and helped different indigents all around Manila.”

2019 truly is the best time to be recognised specially that the company is celebrating 7 years in the health, beauty and wellness industry. The young CEO is very thankful to all award giving bodies and promised to strive more to help the Filipino people to be successful also.