A soft spoken fashion designer, Happy Andrada is truly a rising tiger. Always doing fashion shows abroad, recently, she showcased her designs in International Fashion Art Biennale held at Busan, South Korea last October. The only representative from the Philippines. We must be proud.

When asked how to stand out in the international fashion arena, Happy said, "The designer should focus on who they are and where they came from.” 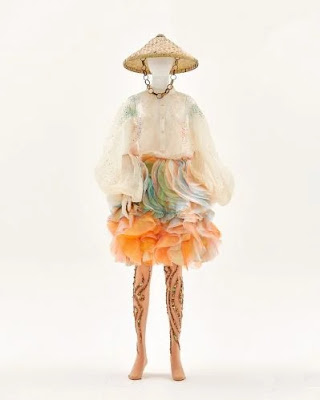 Whenever Happy showcases her creations overseas, She make sure using materials that are handcrafted from the Philippines and create outfits that are also inspired by the culture.

“That’s what makes us different and stand out from other countries, we’re Filipinos and we should be proud."- Happy Andrada

She was a grand prize winner of Swatch’s My Rabbit Story and was awarded Smart Choice winner in the Weaving the future competition by the Fashion Design Council of the Philippines which she recently became a member of (2015).

She was recognized as one of the Inspiring Young Filipino Entrepreneurs.

Check her atelier in QC and have your measurements.