Be One of the Asia CEO Awardee 2015, Nomination Opens This May 1! 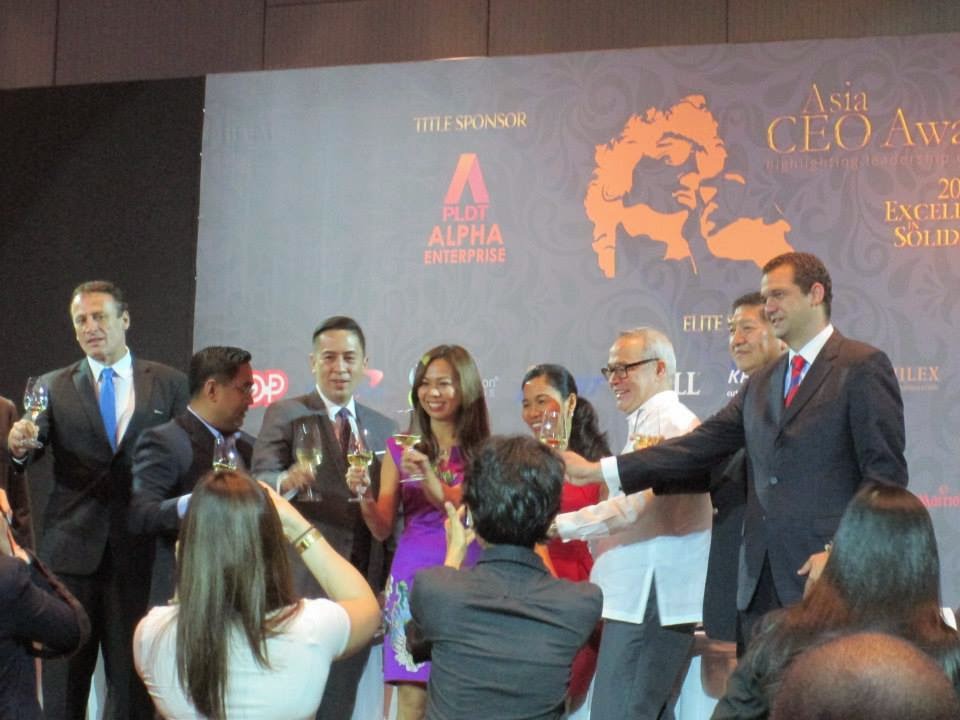 The nomination period for the 2015 Asia CEO Awards, the Philippines's biggest annul business event will start on May 1, 2015 Labor Day

In 2014, the other big winners in the annual award include Smart Communictaions (Top Employer Executive of the Year) and SM Prime Holdings (Executive Leadership Team of the Year) among others.

Rebecca Bustamante, President of Asia CEO Awards, the 2015 Asia Ceo Awards is exciting because nomination will be accepting the ASEAN Region

The Asia CEO Awards “is consider the Asia CEO Awards largest event of its kind in Southeast Asia and we plan to make it into a true regional event that promote the entire region to the world’s greatest companies and leader, Bustamante said.

She believes the Philippines is one of the world’s top performing economies will have a greater rode in Asia in the coming years.

The nomination period for the Asia CEO Awards, will end on September 28, 2015 and the winners will be announced during the Gala Night  on November 11, 2015 at Marriot Hotel, Manila.

Everyone is welcome to submit nomination for the awards. No fees are collected for submitting nominations.

One of the new awards that will be given in the 2015 Asia CEO Awards, is the “I-Remit Heart For OFWs Company of the Year” for recognition that promote the welfare of the overseas Filipino workers and their families.

Aside from the “Heart of OFWs Company of the Year” award, the other categories this year include:


Ricahrad Mills, President of the Canadian Chanmber of Commerce of Philippines