We're in such a hurry that we went straight ahead at PAGASA Science Garden, Agham Road Diliman, Quezon City. Only to be told that the venue is in Philippine Institute of Volcanology and Seismology ( PHIVOLCS ). On our way out we spotted the van of STORM CHASER and RAINWATCHER so pictures were taken beside it. Another ride going to PHIVOLCS took only a few minutes. Ms Venus warmly greeted us and ushered us to the auditorium...
Just in time Dr.Solidum of PHIVOLCS was on his talk at the stage. It is the service institute of the DOST that is principally mandated to mitigate disasters that may arise from volcanic eruptions, earthquake, tsunami and other related geotectonic phenomena.
DOST Sec. was invited, as we Dr. Dalida of PAGASA, Dr. Marciano Asti, Dir. Tabell DILG, Dr. Endecia Neda and Mr. Teofilo Garcia PNRI
The summit raise up the public awareness in disaster preparedness and response. Let's therefore know the do's  and dont's before and after a disaster. Be safe everyone! 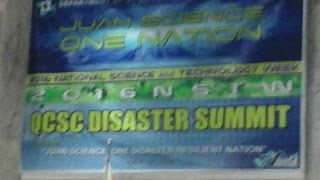 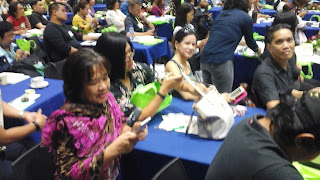 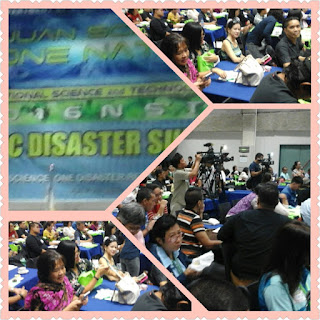