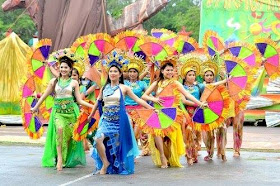 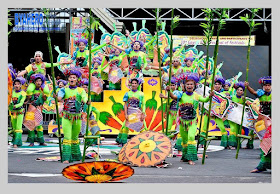 The Magayon Festival started in 1999 from its original festivity, Karangahan Festival founded in 1997. This was a move by the governor not only to highlight the majestic volcano but also the legend behind it, the Legend of Daragang Magayon—a story that is so beautiful to read and heart-touching to all romantics. “Daragang” or “Daraga” means young girl or maiden and “Magayon” means beautiful. 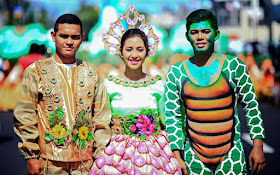 It is the story of a young maiden, child of a datu, whose beauty is beyond compare. She had a lot of suitors, but none was able to catch her eye or fancy until a young man named Ulap from a far land came into her life. They fell in love and her father gave his blessing. A wedding was prepared but was thwarted when another suitor, Pagtuga of Iraga, kidnapped Magayon’s father. To save her father’s life, she agreed to wed him instead of Ulap. Ulap went home to his land and prepared an army to defend his love. On the wedding day of Magayon, a battle took place as the armies of Ulap and Pagtuga met. Pagtuga was killed, but it was not a happy ending because an arrow hit Magayon. In the arms of her love, she died and Ulap was stabbed by a guardsman of Pagtuga. They were then laid together, Magayon and Ulap, and on the ground where they were buried, a volcano slowly rose to great heights showing the love between the maiden and the warrior.
It is said that whenever the volcano is hidden by clouds, the lovers are kissing one another. This year, the culmination will happen on May 29-31, with various activities covering beauty, sports, talent, and thanksgiving. On the 29th, the 57th Sikaran National Tournament will take place at 9 a.m. in the Ayala Mall. On the same day, the grand finals of a singing contest will be held at 6 p.m. in Peñaranda Park.
The search for Mutyang Magayon will happen the next day at 7 p.m. in the Albay Astrodome. May 31 will be a day for the Summer Dance Camp from 8 a.m. to 5 p.m., with a street competition at 2 p.m. The closing event will be a fireworks display and a street party at the Peñaranda Park. Simultaneously, a musical treat is set in the Astrodome at 7 p.m. True to his vision, Governor Bichara aims to make Albay which is in Region V, a top tourist destination in Southern Luzon. 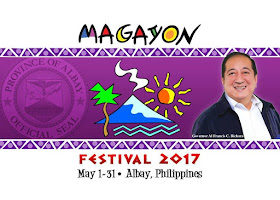 This month-long celebration is but a taste of what Albay has to offer in terms of sights, sounds, and hospitality. Let Albay enchant you with its beauty, story, and culture.