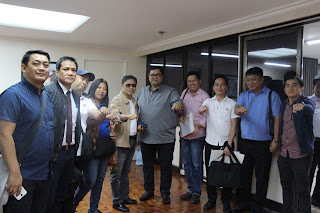 Since its creation in 1999 to present, the commission was able to resettle a total of 17,561 ISFs in resettlement sites established and/or managed by PRRC, NHA, and the City Government of Mandaluyong.

The beneficiaries of the resettlement program were provided with livelihood developments that were meant to hone the skills of the relocatees so they could use these for their own economic development. The skills they would have honed through the trainings should have helped them generate income.

Job referrals and placement were vital components of the commission’s action plan as it ensured that the relocated households were not economically displaced.

As of end of December 2008, a total of 2,516 families have participated in skills training provided by PRRC. The training included building wiring, welding, dressmaking, bakeshop operations, food processing, horticulture and others.

Inasmuch as numerous training programs had already been implemented, it seems that only a few had benefitted from these in terms of improving the economic status of the relocated families. Even with the skills the beneficiaries have learned from the trainings and seminars, some have reported of having difficulties securing start-up capital to put up businesses. Moreover, the beneficiaries needed skills training that would be able to help them realize sufficient income to address their daily needs.

Last October 5, 2017, the PRRC, led by Executive Director Jose Antonio E. Goitia, had exploratory talks with TESDA’s Director-General Hon. Guiling “Gene” A. Mamondiong and Deputy Director-General Rebecca Calzado to address the issues on post-resettlement economic conditions of the resettled families due to unemployment and lack of entrepreneurial opportunities in the relocation sites.

Through the collaboration with TESDA, PRRC will embark on a project titled Pagsasanay Panghanapbuhay Tungo sa Riwasang Danay [Training for Work for Progressive Suburbs] Project to provide the families an access to adequate and appropriate technical education and skills development trainings and seminars.

Executive Director Goitia excitedly said that “PRRD Project aims to empower and build the capacity of the ISF’s to improve their lives through technical-vocational training” He also added that this, “[PRRD Project] is also to provide the unskilled, low-skilled, out-of-school youth, and women members of the ISFs with skills that would qualify them for entry-level wage employment, and that they could use to pursue self-employment in the services sector, or even in home-based, income-earning entrepreneurship activities."

Both PRRC and TESDA recognize the urgent need to reduce poverty in the rural areas where most government-established and -managed resettlement sites are situated the project. The team up of PRRC with TESDA would intend to evaluate the skills training needs of the ISFs, recommend the training courses and methodologies as appropriate and providing the training through TESDA’s accredited training institutions.

Executive Director Goitia remarkably said that the collaboration of PRRC with TESDA is indeed a start of something new for all of us. He also added, “There is a Chinese proverb that goes, ‘Give a man a fish and you feed him for a day, teach him how to fish and you feed him for a lifetime’, I am envisioning a life full of hope and dreams for these families, hence, the project”.
Ipinaskil ni Pilipinas online sa 9:08 PM