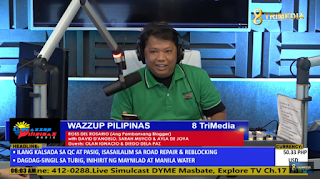 There is truth to the old adage that the early bird catches the worm since several studies have also correlated waking up early with success. It seems success could easily be attained when an individual maintains the habit of beating the sunrise to eagerly start his daily adventures feeling refreshed, highly energized and with renewed enthusiasm.

Most successful people are those who get a head start on the day by knocking out tasks before the rest of the world, especially their peers and competitors, has rolled out of bed. They are the go-getters who want to work longer hours but still have enough time for their personal lives too. The biographies of history’s greatest men would reveal that most of them were early risers. &They were men of action who had things to do and people to see. They couldn’t dilly dally under the covers.&
Early risers can be more productive, successful, and calm. They are happier, healthier and more productive than night owls. Normally, those who are punctual and are never late for work, events, meetings, and other gatherings and activities, often get the biggest opportunity because not only do they gain the admiration of their superiors and peers for their punctuality, they often send across the message that they are highly reliable, resourceful and organized.
Since traffic congestion has become a normal scenario nowadays, giving it as an excuse for being late no longer counts as an acceptable reason. Early risers have a habit of making their way to their destinations even before they get caught in a jam. They avoid such hassles because they plan ahead so that even before all the rest of the PUVs and private cars congest the streets of Metro Manila, they've already managed to mark the most convenient routes to reach their target destinations.

Now, there are more reasons to wake up early even on Sunday mornings. Wazzup Pilipinas Radio has been regularly on air on a weekly basis every Sunday at 6 to 7 am, and has proudly topped all the rest of the early morning radio shows during that time. The radio show has been airing live on DZRJ 810 AM and livestreaming on 8Trimedia Network's social media pages via YouTube: http://bit.ly/2sDn0dU and via Facebook Live: http://bit.ly/2sDTe8L
Hosted by the Pambansang Blogger Ross Del Rosario, with co-hosts Master Pogi David D'Angelo, Millennial Momshie Sarah
SMuyco, and Ate ng Bayan Ayla De Joy

the radio show promises to further brighten up the Sunday mornings of early risers with discussions on pop culture, latest viral issues, event updates and trends, inspirational stories and advocacy, and a lot more topics featuring special early-rising guests.
Since the radio show has an online presence, followers of the multi-awarded blog could now also listen and watch the radio version of Wazzup Pilipinas online. The livestream of the radio show is also shared at Wazzup Pilipinas Facebook fan page at http://www.Facebook.com/wazzuppilipinas and the blog site at http://www.wazzuppilipinas.com. Wazzup Pilipinas is a top emerging community blog site that has formed numerous collaborations with many brands and organizations as media partner, brand ambassador and social media influencer. It has been featured in many TV and radio shows, newspapers and magazines, and has received several awards and recognition from different award-giving bodies. The Wazzup Pilipinas radio show is a proud achievement highlighted as one of its many efforts to reach more people in the Philippines and around the world.
Previous topics discussed on the Wazzup Pilipinas radio show were about Philippine anime enthusiasts and cosplayers, virtual assistance (VAPreneur), Filipino wrestlers (Manila Wrestling Federation), Independence Day special, e-Sports (Emperor e-Sports), helping out for Marawi incident victims (First Kick for Peace Foundation), K-Pop Fandom, Hataw Padyak biking group, Training using Ventriloquism with Puppets and Magic, Spoken Word, and soon on our next episode, Team Voltes V!
With every topic, the Wazzup Pilipinas Radio team instills thoughts and opinions to further engage, inspire and motivate people to become more successful in life. It is truly your early morning mental stimulation to enhance and boost your passion and creativity.

The Wazzup Pilipinas radio show is produced by the one and only Voicemaster of the Philippines, Pocholo De Leon Gonzales, of Creativoices Production and Pochology Academy.