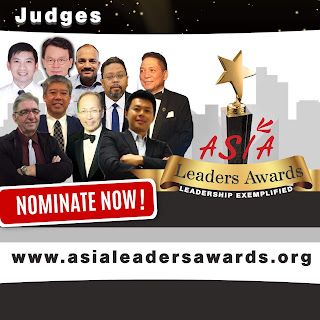 Asia Leaders Forum Series is one of the most sought after business forum in the nation where leaders are speakers sharing their expertise to promote the Philippines as the premier business hub in Asia. For this year, Tag Media Group launched the “Asia Leaders Awards” to acknowledge the honourable men and women who are continuously sharing their skills and time for the greater good not only for the Philippines but beyond. Asia Leaders Awards is built on the idea that for entrepreneurs to continue innovating, empowering others and sustaining their leadership. 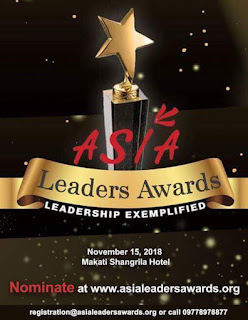 Nominations started this May 2018 with accomplished, credible and recognised business leaders in Asia Pacific & Beyond as judges. Nomination link is http://www.asialeadersawards.org  Gala Night will be on November 15, 2018 at Makati Shangrila Hotel. Judges will be launched also in a Press Conference this September 2018. Confirmed judging committee; 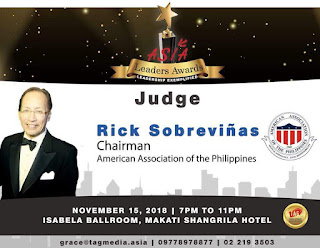