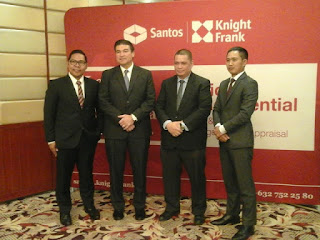 The Philippines’ real estate industry continues to be a key driver of economic growth. As the office and residential sectors remain robust, Santos

Knight Frank predicts that the next wave of expansion will come from sectors such as logistics, hospitality, retail and REITs.

Since the passing of Republic Act No. 9856 in 2009, the real estate market has been anticipating the realization of the Real Estate Investment Trust (REIT). A REIT is a publicly listed stock corporation that owns income-generating real estate assets, such as malls, offices and hotels. Envisioned to promote the development of the capital market, REITs are instruments to generate capital. REIT companies are also mandated by law to distribute 90%
of their retained earnings as dividends, which benefit investors.

With the recent move by the Government to amend rules on REITs, developers have been increasingly looking at listing their income-generating assets as REIT companies.

Rick Santos, Chairman & CEO of Santos Knight Frank says: “REITs have the power to democratize the Philippine property market, allowing the individual investor on the street to invest in high-value real estate assets along with the big players.”

Santos adds: “We believe REITs will substantially boost the Philippines’ capital market. New capital for developers will enable expansion of the real estate sector not only in Metro Manila but also in the provinces.”

Generally, REITs have outperformed their non-REIT and overall domestic market over the past one to five years in major Asia Pacific markets, according to Knight Frank’s analysis of

REITs are not only limited to office assets. With 4.3 million sqm (gross leasable area) in Manila’s retail, Santos Knight Frank expects developers to convert mall assets into REIT
companies. Assets such as energy, infrastructure, transportation, hospitals, schools and tourism have also been converted into REITs in other countries. 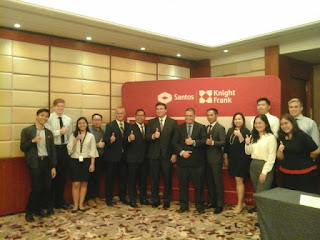