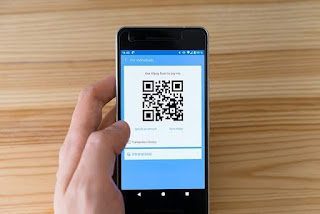 It was another year of innovation as economies, businesses and society alike have relied on technology to mitigate the impact of the ongoing pandemic and to do better despite the challenges of the times. 2021 was a year where technological adoption has accelerated further as the future of trading and currencies will be on the Blockchain. Non-Fungible Tokens (NFT) took off commercially and into mainstream consciousness and cryptocurrencies are gaining new fronts for their market and economic impact. Sooner before we know it, Central Bank Digital Currencies (CBDCs) will shoot up our stock markets, our financial trading and the global economies as countries like the United States, Japan and China are laying the groundwork for the fiscal use and legal framework of CBDCs.

As the Philippines have also made marks in its economic recovery and its efforts against COVID- 19, the future for CBDCs can’t be ignored by the Bangko Sentral ng Pilipinas (BSP) as the entity have also been keeping up with the times by regulating fintech, online payments, digital currencies and digital assets across efforts such as cashless framework and the sustainable finance framework. As the world’s leading banks are also set to test the waters of their respective CBDCs, I can see Philippine banks and its main central banks being receptive to the concept of CBDCs in the near future.

Decentralized Finance is transforming monetary structures around the world and with the introduction of CBDCs, the future of finance will be on the managed Blockchain and this is a frontier market that the Philippines can look forward to, as the country has a sterling robust reputation for its economy and currency performance. The goal is to keep up with the future of finance in the market blockchain as CBDCs and crypto-assets will disrupt the global economy.

Blockchain and Cryptocurrency in the Philippines

The nation is known as a quick adopter to technological advancements. Blockchain and digital currencies such as cryptocurrency are also making its mark in the country and it is thriving as there is a robust and upcoming new generation of crypto and Blockchain enthusiasts that are atuned to the movements of Bitcoin among others. We can be optimistic that Philippine banks can be players in the future of CBDCs when it comes to trade, buying, forex and the management of these assets like their global counterparts.

2021 was a banner year for cyrptocurrency market in the Philippines as NFTs, Tokenization and ICOs have prospered. 2022 could be big year for the Philippines if CBDCs are in the sights of the many Philippine banks. It is a new economic frontier with new opportunities to grow the nation’s fiscal future.