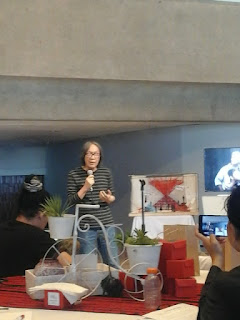 Is a musical based on the life of protest installation artist JUNYEE by playwright LayetaBucoy. 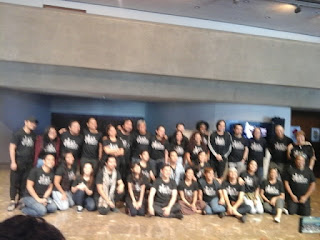 Believing in the power of the arts to influence and transform people, seventeen years old Junyee sets up his original artwork at the lobby of the Palace Hotel which his father tasked him to manage. Referred to as garbage by their clients, Luis tries to get rid of the artwork. Junyee protests as the artwork is his way of enlightening people on the need of caring for the mountains of Agusan. Their argument leads to Junyee leaving home in pursuit of his art. 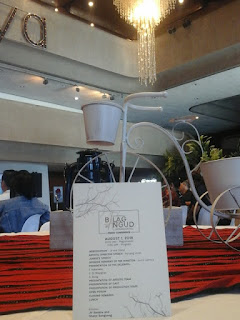 Without his father's support, Junyee makes use of his artistry in order to fend for himself. He lands a job as a makeup artist in a funeral parlor. While working for the funeral parlor, Junyee receives news of his father's death. Junyee goes home and applies makeup on his father's corpse. Junyee then studies Fine Arts at the University of the Philippines. He becomes one of Prof. Abueva's apprentices, enjoying free board and lodging plus a regular allowance from the respected artist. While studying sculpture under Prof. Abueva's wing. Junyee tries to incorporate protest materials against the Marcos dictatorship in one of the sculptures that they are crafting. This prompts Prof. Abueva to give Junyee his freedom as he feels that Junyee should already be able to grow as an artist on his own. Junyee's vision of creating a sculpture incorporated with materials coming from protesters finally sees the light when he creates Balag. Still with no regular job and living in the slums while creating artworks which he cannot sell, on his thirtieth birthday, Junyee is visited by the ghost of Luis reminding him that like his artworks, his life has not amounted to anything but garbage. 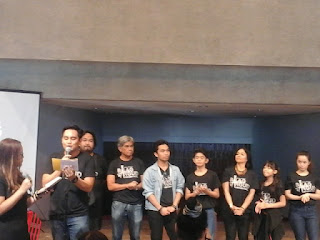 After several years, with the onslaught of typhoons Milenyo and Reming, Junyee is given the opportunity to create an artwork at the front lawn of the Cultural Center of the Philippines. He gathers the felled trees around CCP complex, intending to plant them upside down. Unfortunately, while in the middle of creating his art work, people looted the trees for firewood. Junyee sets out to replace them with ten thousand angud - " skulls " or what's left of trees victimized by small time logging. During the launch of Angud: A Forest Once, Junyee falls off the stage. On the brink of death, the ghost of Luis fetches him. Junyee refuses to go with Luis for he realizes that his art work lacks one more angud. Luis insists on taking him to his death for what's the point of living to create art which is only deemed as firewood and garbage?