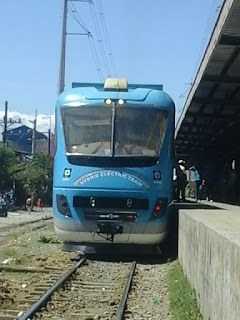 24 April 2019 - The Department of Science and Technology ( DOST ) officiall introduced its hybrid electric train ( HET ) to the public throughan inaugural run at 10:10 AM from Alabang PNR Station to Binan Station.

In the Binan Station, HET passengers witnessed a ceremonial ribbon cutting and toast for the trainset, led by DOST officials. After this, the group travelled back to the Alabang Station. 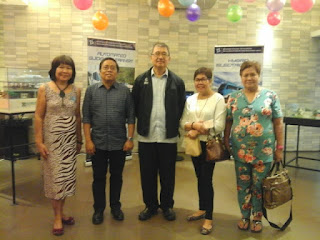 According to DOST Secretay Fortunato de la Pena, " the problem of weak mass transport in the Philippines grow everyday as the number of passengers increase and the roads and current transport systems as we know it, remain at a halt. A solution for this problem has been in the works from one government administration to another, since the 1970s. Until now, however, we are still yet to figure out an efficient and cost effective solution towards a more accessible and hassle-free road. We at DOST, want to be part of that solution, " 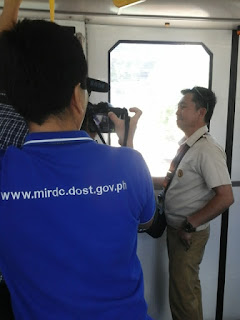 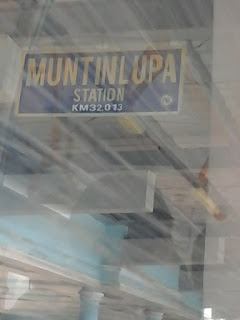 In addition to this, he highlighted new transport projects that the department has supported. One of these is the Local Traffic Simulator or LocalSim. It is a microscopic traffic simulation software that is designed to be used by road and traffic engineers as a decision support system for effective traffic management. The Detection and Identification of Legitimate Public Utility Vehicles ( DILAW ) is a system made up of devices that easily determine colorum vehicles. Lastly, the Contactless Apprehension of Traffic Violators on 24 hour Basis, All Vehicle Detection System or CATCH-ALL is a camera-based traffic management system for traffic violations detection. 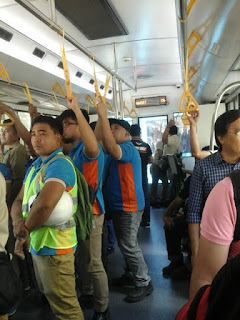 DOST's Philippine Council for Industry, Energy, and Emerging Technology Research and Development ( PCIEERD ) has also supported startups that have products and services that are also mass transport solutions . The Futuristic Aviation and Maritime Enterprose, Inc. ( FAME ) developed transponders for aircrafts, vessels, and vehicles for cost-effective monitoring and tracking. Rurok Industries is an innovative bike company that aims to deliver engineered, versatile bikes that contain highly efficient suspension systems to adapt to different terrains. 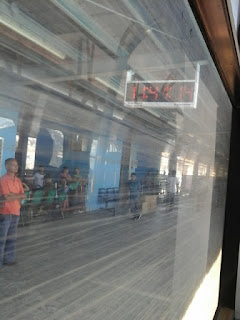 DOST is now working on making these technologies, products, and services known and available to every Filipino.

" Apart from producing new systems that would add to our current lineup of mass transport technologies, we also want to ensure that each solution we offer speaks of the quality we are committed to providing to the people. Through DOST's mass transport solutions and intelligent transport systems, we are providing the public with fast, productive, and cost-effective options, " De la Pena said. 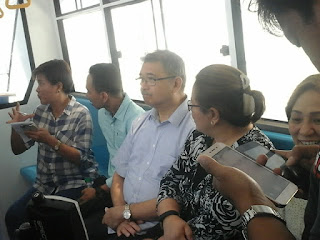