MARTIN NGUYEN AND NARANTUNGALAG JADAMBAA STARE DOWN AT ONE: ROOTS OF HONOR OFFICIAL KICK-OFF PRESS CONFERENCE 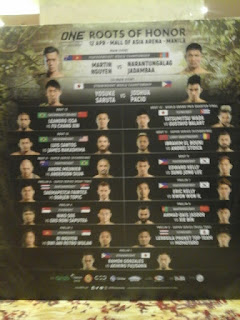 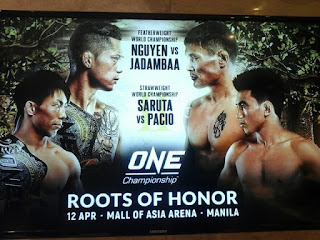 Ticket information for ONE: ROOTS OF HONOR is available at www.onefc.com. 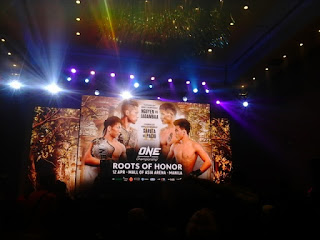 Chatri Sityodtong, Chairman and CEO of ONE Championship, stated: “ONE Championship is back in Manila, and it’s always a pleasure to visit the Philippines. We’re here to celebrate Asia’s greatest cultural treasure -- martial arts. We’re not here to sell fights, we’re here to build martial arts heroes who ignite the world with strength, hope, dreams, and inspiration. By telling their stories, we share the true values of martial arts with the world, which will always be our mission. See you all this Friday night for ONE: ROOTS OF HONOR. It’s going to be a fantastic show.” 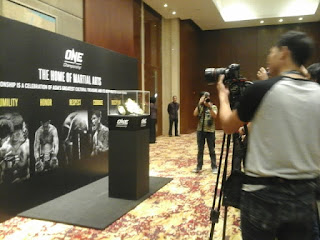 Martin Nguyen, ONE Featherweight World Champion, stated: “It’s my fourth time competing here in Manila, and I’ve always felt at home here. It’s an honor to share my talent with you all. Thank you to all the fans for the support. Challenging the legend Jadambaa himself, it’s such an honor. I would like to thank ONE Championship for placing their trust in me. I’ll bring a hundred percent into the cage, and god willing, I’ll walk out of the arena still champion.” 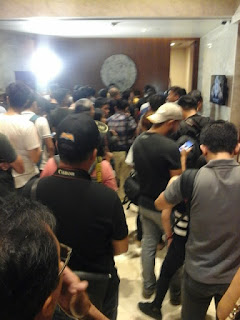 Narantungalag Jadambaa, ONE World Title Challenger, stated: “First of all, I would like to thank ONE Championship for the opportunity to compete for the ONE World Title once again. This is not about age, this is about passion. Martial arts is my life and I hold the utmost respect for anyone who has the courage to step inside that cage. I will bring even more courage into the cage this Friday. I respect Martin Nguyen for what he has done for our sport and it is an honor to face him. I will do my best and the best man will walk out of the cage with the title.” 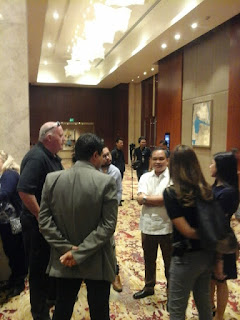 Yosuke Saruta, ONE Strawweight World Champion, stated: “Coming to the Philippines and representing Japan and the Japanese culture, it is such a huge honor for me. I know Joshua Pacio has a lot of fans here, and I respect him as a martial artist. All I can say is that we will both bring our best into the cage this Friday night. It’s going to be an exciting fight, and I plan on getting my hand raised in the end as the victor. Thank you all for having me.” 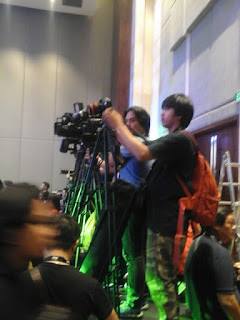 Joshua Pacio, ONE World Title Challenger, stated: “I would like to thank ONE Championship for giving me another chance to fight for the title. I know the magnitude of this matchup and how important this rematch with Yosuke Saruta is. I wasn’t at my best in that first fight, so I want to go out there and prove that I can do much better. He’s a great fighter, and I have so much respect for him. But I have the hopes and dreams of an entire country on my shoulders, and I can’t let the fans down. I’m coming to regain the belt. It’s going to be a war this Friday.” 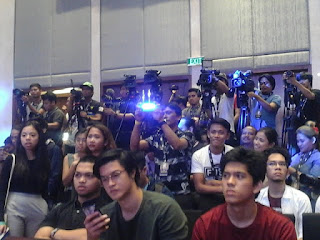 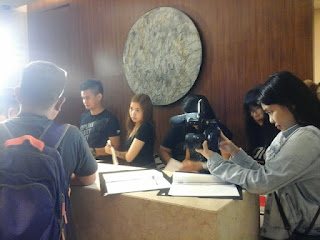 About ONE Championship™
ONE Championship (ONE) is the largest global sports media property in Asian history, and the largest producer of millennial live sports content in Asia. Headquartered in Singapore, ONE is the Home of Martial Arts, and is the world's largest martial arts organization, hosting bouts across all styles of martial arts such as Muay Thai, Kickboxing, Karate, Kung Fu, Silat, Sanda, Lethwei, Mixed Martial Arts, Tae Kwon Do, Submission Grappling, and more. ONE hosts the biggest sports entertainment events across Asia, featuring some of the world's best martial artists and world champions on the largest global media broadcast in Asia. ONE eSports, a subsidiary of ONE Championship, runs Asia's largest global eSports Championship Series with some of the biggest blockbuster game titles in the world. In addition to its digital platforms, ONE Championship broadcasts to over 2.6 billion potential viewers across 140+ countries with some of the largest global broadcasters, including Fox Sports, ABS-CBN, Astro, ClaroSports, Startimes, Thairath TV, Skynet, Mediacorp, Great Sports, Tencent, Star TV, Mediaset Italia, ProSiebenSat.1, Dubai Sports, Turner Sports, and more. 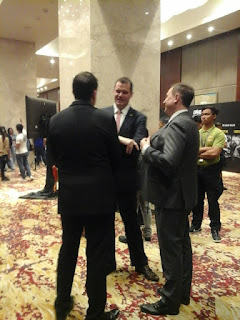