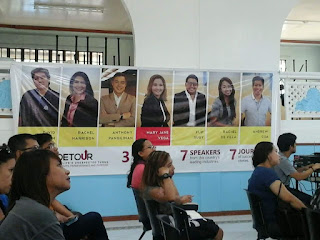 Spending a three day boot camp in Boso Boso Highlands, Antipolo Resort. An early morning ride to uphill Antipolo for its 9am registration. 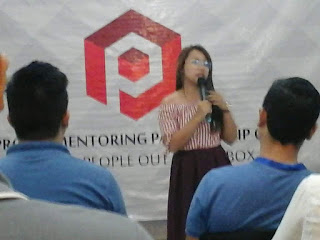 The first day Propel Conference started with the inspiring talk of Mr.Andrew Cua from Tralulu. A start up that caters to travelers and local tourists guide who's passion is into hiking. Andrew Cua narrated how as young student he became entrepreneurial when, he got the idea to run errands for his classmates during break time. He volunterred to buy their food from the school canteen and in doing so he is given a service tip, thus enabling him to buy food for himself. Several detours in his growing up years, venturing from one business into another. At present his concentrating in the start up named Tralulu. 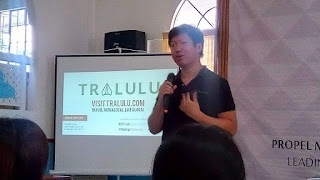 Rachel De Villa a computer science graduate who designed an app for our farmers to improve their income thereby uplifting their live. She named the company Cropital, which took her to be awarded by the USA Pres.Barach Obama .

Different group dynamics was incorporated in the program to the enjoyment and excitement of the attendees.
Friendship and bonding blossom among campers. 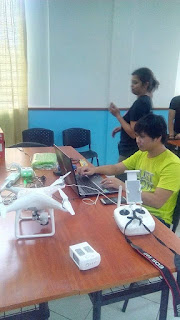 The second day was an emotional one. The speakers invited, shared their heart warming detours and how they triumphed upon it. Rachel Harrison a mother of an autistic child tells the story she has undergone having a special child.She bought every book available about autism, in order to understand her son's condition. She goes into self pity and cries,  in the growing up years of Julyan, her son's name. When the child turns 12 years old, the doctor told her, if she won't overcome the situation, she'll be the one to get sick. It was a wake up call for her to be strong and move on. Accepting now her son's condition she was able to find a place in Switzerland that deals with Julyan's condition which brought a lot of improvement in Julyan. 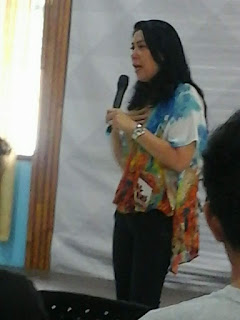 But due to the nature of her husband's work they have to move to Singapore wherein the condition of Julyan regressed. Finally upon considering all odds, she decided to have a place in Zambales near the beach, here Julyan improved and can now do a lot of things. He has learned to surf, cooks, went into painting and other endeavor with less supervision. The place has now evolved into a social enterprise into Julyan's  Farm Autism Foundation. Where they cater into helping  persons with  disabilities. Zambawood resort-Pine Reach Farm has open up to opportunities and recognition of special people. 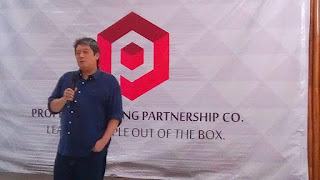 David Lim of My Phone shared the practical and reality of business life, since he grew up into a family of entrepreneurs. His family who's ancestry is Chinese but considered the Philippines ,  their home country. He reiterated that their is no one formula into a successful business. He is into branding.


What matters is building integrity, character and gratitude. His outlook moved me, his gratitude to our country and the vision of helping our countrymen to have a product that is affordable and not overpriced. He's got a strong gut feel in running his business and most of the time he's right  about it , mainly because his born into a family of businessman.

In the evening Anthony Pangilinan chief Disturber was the last speaker for the second day . His topic delved in opening ourselves to new ways of moving forward. That influence drives our decision in real life. He reminded that the Almighty God is filling up all aspects of our life.So "Shine like a star because the world is getting dark. " 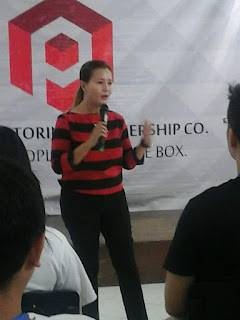 The last day was grace by Ms. Mary Jane Vega a two time cancer survivor; head and founder of Propel Mentoring Partnership which offers training for self development, mentoring, coaching for students and professionals. 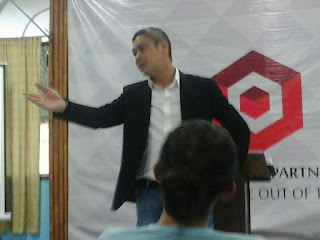 She narrated how God worked miracles in her life fulfilling her dreams and making her well again .

Flip Ruby of Zalora also inspired the campers with his detours in life. How he learned and evolved in every situations of his detour. " We are the only creatures that dream and are capable of doing it " So let us go after our dreams and not be discourage of the detours that will take place. " Love is the most powerful inspiration that drives a person. Also leadership entails giving up your image, friends, energy, ego, and time.

I was privileged to be part of the three day boot camp. My deep appreciation to the entire Propel Conference organizer  headed by Ms.Mary Jane Vega, Ms.Shirly Jutie and accommodating staffs. More power! God Speed! 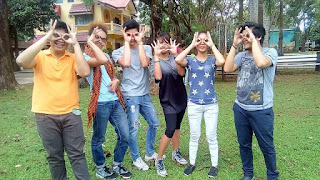