A miracle in a capsule 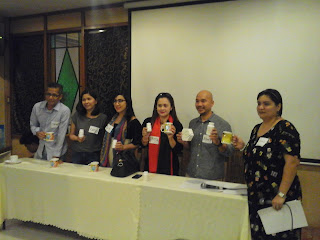 Laminin became a religious icon beginning 2008 when it was made popular by ‘religious science.' Laminin is a protein that supports cells cohesiveness in our organ (along with many other functions).

Laminin has “arms” that associate with other molecules to form sheets and bind cells. They’re like the “glue” of our cell, organs, and body altogether. It is important because without Laminin, our cells won’t be in place to function properly. Christian followers were quick to juxtapose that Laminin is like Jesus, holding life altogether.

The Philippines is a Catholic nation with millions of Christ-followers, and when an American company – Laminine Supplement came in, Pinoys were quick to tie the knot with this ‘miracle in a capsule’ as divine.

Talking to the company that owns Laminine, LifePharm said it's purely coincidental; they did not intend to associate Laminin with Laminine as something to do with Jesus. This food supplement did come from the word ‘Laminin’ because it is also a protein that signals cells to activate stem cells in the body and the number ‘nine’ which is the ninth day when this special protein is taken from the albumin of a fertilized avian egg (FAEE). 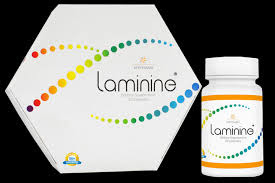 Nonetheless, both Laminin and Laminine are important to the body. It offers many benefits for the busy Filipino that includes being able to handle stress better, better skin, boosts mental health, and even as an anti-aging supplement.

One thing that makes it stand out is its clinical study claims. According to Lucy So, team leader of Althea Distributor, one of LifePharm’s global IBO-Distributors, customers claim it helped them with various illness from kidney, liver, bone, diabetes, and cancer problems. While Laminine is not intended to diagnose, treat, cure, or prevent any disease. The recovery from illness vary depending on the facts and circumstances of each person.

We live in a stressful environment, and with traffic and the difficulty of moving around Metro Manila, the added pressure from work is not healthy. We do need food supplements like Laminine, whether or not it has something to do with Laminin or not.