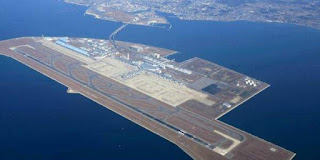 On Monday, the Aichi prefectural experts’ committee concluded its deliberations and formally recommended to Aichi Governor Hideaki Omura to invite bids to construct an IR on Chubu Airport Island in Tokoname city.

Governor Omura had established the experts’ committee last August to study the issue and report back to him.

The committee, chaired by Nagoya University Professor Tatsuaki Kuroda, firmly advised the governor to back the IR concept for Tokoname. Kuroda stated, “We need a variety of entertainment facilities, and it is important to transmit Aichi’s state-of-the-art technology to the world.” The report emphasizes that hosting an IR will boost the region’s international competitiveness.

For his part, Governor Omura continued to withhold a clear statement of his own position, but every one of his actions suggests that he is a proponent of an IR bid and will eventually make a public declaration to that effect. He appears to be waiting for the national IR legislation to be enacted before committing himself.

MICE facilities are already under construction at the potential IR location. The Aichi International Exhibition Center is being constructed with a US$320 million budget and a floor area of about 90,000 square meters. It is scheduled to open in September 2019.
Ipinaskil ni Pilipinas online sa 8:35 PM