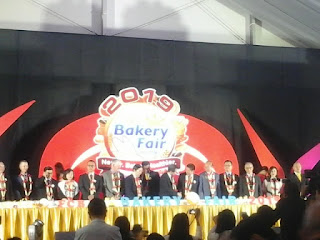 The three - day " Bakery Fair 2019," the biggest baking trade show in the country that happens every two years, opened its doors to the public on Feb. 15 at the World Trade Center to thousands of excited cake and bread lovers, including foodies, home bakers, hobbyists, entrepreneurs, bakery and cafe operators, baking and pastry students and more.

A unique civic project of Filipino Chinese Bakery Association, Inc. ( FCBAI ) led by President Peter Fung and his Executive Vice President William Ong, " Bakery Fair 2019 " has been established to help uplift standards and nationwide popularity of the Philippine baking industry as a whole while doing its share in helping sustain the fast growing Philippine economy. It has diverse local and foreign exhibitors, seminars and demonstions by Filipino and international pastry experts. 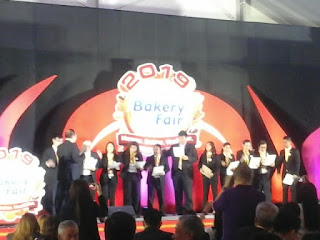 FCBAI president Peter Fung said: " Started in 2001, the Bakery Fair is a biennial event which aims to foster awareness on the importance of updating our industry on the latest trends in baking technology and ideas, new equipment and ingredients, latest packaging concepts and materials. We at FCBAI hope the Bakery Fair can promote, strengthen and also elevate standards of the Philippine bakery industry not only as part of the country's dietary, lifestyle and culinary culture, but also to help boost economic development through expansion of small and medium scale enterprises or SMEs. " 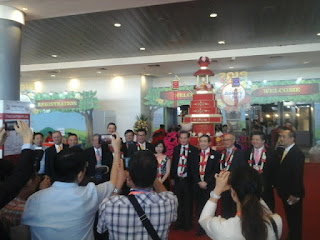 Greeting everyone upon arrival at the venue is a giant cake celebrating the Chinese New Year of the Pig. This special cake was created meticulously by award winning cake designer James Anton Uy of Cubcakes Bakery. Uy is a successful baker and cake decorating instructor who made a name for himself as the grand prize winner in the cake competition of Bakery Fair 2013, besting some of the more established names in the local baking industry. 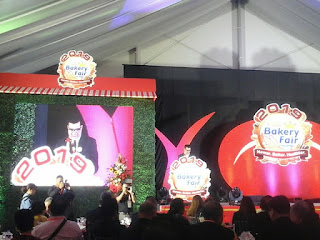 Signaling the start of the prestigious event was a ceremonial cutting of a long cake by FCBAI officers and board of directors, as well as VIP guests led by industrialist and philanthropist Domingo Yap, president of the Federation of Filipino Chinese Chambers of Commerce & Industry, Inc. ( FFCCCII ). The FCBAI is one of the over 170 business groups under the umbrella organization of FFCCCII. Bakery Fair 2019's opening festivities also featured a dragon and lion dance, followed by a luncheon reception.

One of the various most awaited highlights of Bakery Fair 2019 showcases state of the art and modern baking equipments, machineries and technology from all over the world, the public is being advised that children are not allowed in this Philippines' largest baking trade expo to ensure safety for everyone. 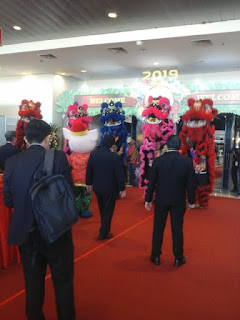 The 52 year old FCBAI is a non stock, non profit organization of mostly SMEs in the bakery industry. Among its objectives include promoting better baking standards, service and ethics, conducting many educational, research and development and socio civic projects. Although ethnic Chinese entrepreneurs have pioneered Philppine baking industry for centuries, the FCBAI was organized in September 1966 in Manila by a group of entrepreneurs led by its late founding president Mariano Sioco. For details, check out FCBAI Facebook account at fb.com/fcbai.ph or their websites www.fcbai.com.ph and www.bakeryfair.com.ph###
Ipinaskil ni Pilipinas online sa 3:28 AM